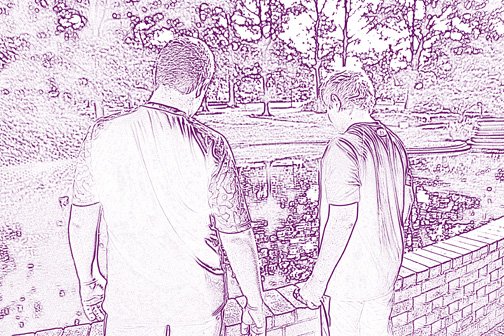 My oldest is nearly fifteen. My youngest isn’t far behind. If I could pass along any words of wisdom that I’d want them to take to heart, it would be this:

I think you’re fantastic. It doesn’t matter to me if other people like you, if you hang with the popular crowd, if you have a lot of friends or just a few close ones or none at all. I like you. I like being around you. I like talking to you. I like how kind and considerate and big-hearted you are. You should like you too. That’s what matters most anyway, that you like yourself. And really, there’s so much to like, why wouldn’t you?

3. You have nothing to prove to anybody.

You are enough as is. Period. You matter. Period. Don’t ever get suckered into believing that you need to do the dog-and-pony-show for me or anyone else. You don’t ever need to prove that you’re worthy or deserving or important or special or better than they think or not the [fill-in-the-blank] someone once said you were. You don’t have to prove your worth and value. Those two things are innate. You were born with them. And no one ~ hear me: no one ~ can ever take your worth and value away from you. Period.

5. The only permission you need is your own.

Don’t waste any of your life waiting for someone (anyone!) else to tell you it’s okay to go after what you want (ahem: as long as it’s legal!). You don’t need them to okay your plans. You decide what you want (see number 4 above) then you give yourself your own stamp of approval and you go after it now, because wanting it for your life is reason enough.

6. Plant your flag in the ground and see who salutes it.

Never chase after people. Figure out who you are at the core: what you believe, what matters to you, what you stand for. Then don’t back down. People who value the same things will gravitate toward you, and those are the kind of people, trust me on this, that you want in your life.

7. The only way to truly be free is to stop trying to impress people.

I know you want people to like you, that’s just natural. But be careful not to sacrifice who you are at the altar of other’s people’s approval or praise or admiration. If you do, you won’t ever be yourself because you’ll be worried about how they’re perceiving you. You’ll start tweaking your actions and your personality traits and your beliefs to make yourself more acceptable. That’s a road fraught with danger that will end with you enslaved to the opinions of others. There’s another road, it’s number 8 below; choose it instead.

The truest thing I know is this: when you fake doing you so others will like you, you risk two things: 1. being trapped in a mirage (because the person you’re presenting to the world is partly/mostly/completely not real); and 2. being confined to moving through your life as a shimmering figment of your own imagination (which, I promise you will take an enormous emotional toll on you, starting with decimating your self-esteem). So free yourself. Be yourself. You’re awesome as is (see number two) and let the people who like you come to you.

10. The first secret to success is trusting yourself.

Would you put your life in the hands of someone you didn’t trust? Me neither. Thing is: your life is already in your hands. It’s up to you how you want to live it. The quickest way to earn your own trust is to keep your word to yourself. Say you’re going to do something then do it because actions howl like a marching band compared to the gasping whisper let out by words of intention. Say you believe something then stand your ground and defend it. Say you want something then go after it and fulfill yourself. Say you will handle whatever gets thrown at you (because you absolutely can, see number 9 above) then rise to the challenge when it comes. Keep your word every time, and the self-trust will come.

11. Your intuition is more important that anyone’s opinion.

You’ll come to find that everyone has an opinion and many of them will give it to you whether you ask for it or not. But what matters most when you make a choice, any choice, is that you listen to what your intuition (a.k.a. your gut or that little voice inside you) is telling you and you do that. The only way you’ll ever start trusting yourself implicitly (see number 10) is to start listening to your intuition and doing what it guides you to do.

12. Mistakes are inevitable. Defeat is optional.

The only difference between people who succeed and people who fail is the former group doesn’t let their mistakes derail them. You’re going to screw up. You’re going to get challenges thrown at you. At some point, you’re going to fail. The second secret to success is this: stand back up, dust yourself off, learn what you can, and try again.

13. Keep calm and carry on (otherwise known as fear not).

The number one reason people fail to achieve their dreams and/or their calling is fear. It’ll either slow you down, maybe to the point that you grind to a halt, or maybe it’ll paralyze you before you even have a chance to start. Fear of the unknown or failure or rejection or success or financial ruin or humiliation or responsibility and on the list goes. You’re going to get hit with fear at some point. The only thing you have to do when fear happens is to take a deep breath then take the next (tiny if need be) step in the direction you want to go. That’s it. One deep breath and one tiny step, one after another after another. You’ll overcome the fear if you’ll just carry on.

14. Honor and respect yourself.

Pablo Picasso said this one and it’s true. You have a gift. You have something to offer in a way that only you can. There’s someone in the world who needs it. You were born with a kernel of that gift inside you, and your job in this life is simply this: to figure out what your gift is, to nourish it and help it grow, and to share it with the world.